“Diabetes sounds like you’re going to die when you hear it. I was immediately frightened. But once I got a better idea of what it was and that is was something I could manage myself, I was comforted.” -Nick Jonas

A friend was recently diagnosed with Diabetes. It can be frightening and so I compiled my research here:

Diabetes-like most unpredictable, discriminates against no one. It just strikes anyone at any time and what’s worse; from any walk of life!

Several reports have stated that the number of cases of Diabetes has been on the rise, over the past decade or so. In the forthcoming years, these numbers are predicted to rise further. The number of people living with diabetes has crossed to almost 50 percent – affecting over 30 million in the Unites States of America alone. Affecting over 422 million people across the world, Diabetes has been a leading cause of blindness, kidney and heart failure and strokes costing America a whopping $245 billion.

A lot of journals describe Diabetes as a chronic condition; a disease that’s as incurable and repetitive as most frequent floating illnesses are; but one that devours the body in its absolute totality. It is generally a condition that occurs when the body can no longer produce any or enough insulin. The resultant occurrence is that an excessive amount of sugar permeates in the blood.

For those who have only understood the story until here; let’s get into the dynamics of how this happens. Insulin is a hormone produced by the pancreas. The pancreas help cells of the body crystallize the food eaten, into the glucose (or sugar) in the body. To accomplish this, the cells need energy for the process to complete its circuit appropriately.

So just how does diabetes occur in our bodies?

To be able to pin that down; one would need to know the role of insulin in your body. Typically, all the food that we eat converts into sugars or glucose. Until a point, the pancreas helps out in digesting this by releasing insulin that they generate into the body. They do this as there is a lot of energy required to serve as a “key” to open your cells, allowing glucose to enter and unlock the pockets of energy. When you suffer from diabetes; this just does not work. The pancreas reserves their right to make insulin, (thanks to the food that you have eaten), making sugar or glucose clog your bloodstream.

Often Diabetes may not only occur because of this reason. For example; type 1 and type 2 diabetes are the most common forms of the disease; though there are other kinds of diabetes that can strike one at different stages of life. For example, gestational diabetes occurs specifically during pregnancy, an inactive lifestyle and being obese can also trigger Diabetes.

Impairing the body’s ability to process sugar; an estimated number of people over 18 years of age with diagnosed and undiagnosed diabetes in the United States were about 30.2 million.

Without careful management, diabetes leads the buildup of sugars in the blood, causing unforeseen complications. Speaking of different kinds of Diabetes, it is also important to note that there are some types of Diabetes that are present in one’s body since childhood.

What does one do when struck with the disease?

Because Diabetes needs to be taken seriously, a daily self-care routine would be ideal to ward off the disease. Your quality of life, diet and general lifestyle needs to be drastically changed to increase life expectancy. For now, there’s no real cure for Diabetes and unhealthy levels of glucose in the blood can lead to long term and short term health complications.

In diabetic people, foods like breads, cereals, fruit and starchy vegetables, legumes, milk, yoghurt and sweets can’t be converted into energy. Instead the glucose stays in the blood piling on to the already existing glucose in the body. Your blood glucose level is known as glycaemia. You can manage this by keeping in mind the following pointers:

Why is diabetes increasing?

The fastest type of Diabetes is Type 2 diabetes. There exists a large population of people across the globe who live with undiagnosed type 2 Diabetes. This Diabetes might slowly be damaging their bodies. It has been found that an estimated 2 million Australians are always at a high risk of developing type 2 diabetes. This is probably due to their food and lifestyle and have shown early signs of the condition.

It is also good to note that genes play a big role in diabetes being passed over generations. Essentially, it is seen that there is a higher risk of type 2 diabetes occurring in counties like China, South Asia, India, and the Pacific Islander and Aboriginal and Torres Strait Islander populations.

Glucose and the body are closely connected. A case where a patient suffers from Diabetes is indicative of the fact that glucose is vital to your health, as it an important source of energy; it is imperative that we seek the right diet and lifestyle that wards off the disease. Energy is the brain’s main source of fuel. Once this gets disrupted diabetes simply become the trigger that disintegrates the normal functioning of the body. This also includes the cells that make up your muscles and tissues.

Diabetes symptoms depend on the blood sugar level of the individual. For some (especially those with prediabetes) or type 2 diabetes, may not experience any symptoms initially. In type 1 diabetes the symptoms tend to appear at an earlier stage and have a more severe impact.

So how can I find out if I have diabetes?

Sometimes a routine exam by an eye doctor or a foot doctor can reveal the presence of diabetes. Because Diabetes affects the circulation of blood to your feet and the tiny blood vessels in your eyes, this is possible. If your eye doctor or your foot doctor suspects you have diabetes, they will recommend you see your regular physician for a blood sugar level test.

The most common test is a fasting blood glucose test; one that is done before and one that is done after. One of the tests is done right after you wake up, after an eight-hour rest that will help depict the existing presence of sugar in your body. The normal, non-diabetic range for fasting blood glucose is 70 to 110 mg/dl. So, if your level is 126 mg/dl or greater, there is a possibility that you may have diabetes.

What should I do then?

The safest bet would be to see your doctor. Let them run a few tests to determine whether or not you have diabetes or prediabetes. As per their recommendations you will have to work out a plan that helps in bringing down your blood sugar level for treat diabetes so that you can at least delay the development of Type 2 diabetes.

This site uses Akismet to reduce spam. Learn how your comment data is processed. 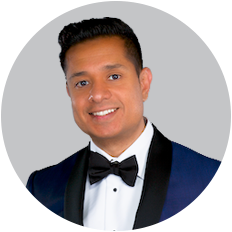 Dhiraj Thareja is the CEO of Thareja Consulting Services. He is currently providing Technology Consulting at the United Nations.

Check out Thareja.AI, (currently in beta) it is a remote talent management system being built by talented individuals sitting remotely around the world working as one.

END_OF_DOCUMENT_TOKEN_TO_BE_REPLACED

This website uses cookies to improve your experience while you navigate through the website. Out of these cookies, the cookies that are categorized as necessary are stored on your browser as they are as essential for the working of basic functionalities of the website. We also use third-party cookies that help us analyze and understand how you use this website. These cookies will be stored in your browser only with your consent. You also have the option to opt-out of these cookies. But opting out of some of these cookies may have an effect on your browsing experience.
Necessary Always Enabled
This is an necessary category.
Functional
Analytics
Uncategorized
Advertisement
Performance
Preferences
Save & Accept